Porsches seized the streets of Miami this past March for the first ever technology-enabled and social media-driven #PorscheScavengerHunt. They event was co-hosted by Martini Media and Ugo Colombo’s The Collection. 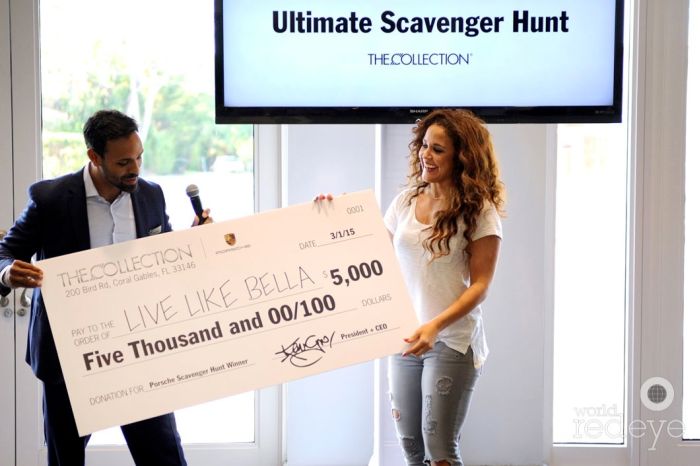 After completing six clues and two bonus clues, the winner of the 2015 Ultimate Porsche Scavenger Hunt was Janet Jones. Jones donated the $5000 winnings to Live Like Bella Foundation whose vision is “to make pediatric cancer a curable and treatable disease.”

3 thoughts on “The Collections’ Holds First Ever Porsche Scavenger Hunt”